Two of the sweetest things in the world are cupcakes and baby animals, and now a nationwide initiative aims to bring the two together.
SPCA's Cupcake Day aims to combat animal cruelty with a tasty twist: cupcakes, and the Waikato branch are on board.

"It's a hell of a lot of fun," said marketing manager Catherine Fletcher. "People can be so creative and everyone gets to eat delicious food."

The national day is on August 15, and though Fletcher doesn't know which team member bakes the best cake, the sweet treats will be able to be purchased on site.
She is also calling on schools, businesses and organisations to don an apron and get involved.

The Girl on the Swing ditches Hamilton CBD for delivery service

After struggling to find an ideal central city spot, The Girl on the Swing has decided to ditch the CBD, delivering direct instead.

A post on the firm's  Facebook page on Friday said: "As most of you are aware we have been trialling a town store in Casabella Lane. Over the last 12 weeks we have met some amazing people and it has been great for us, however we are still not getting to enough of our followers.

"So we have made the decision that it makes more sense to go mobile and come to you."

We did it again. Last year and also this year we entered the regional Top Shop Awards who recognise business excellence throughout all regions in New Zealand. We entered ourselves into the Food and Beverage Category this year and were the lucky winners in that category! We also managed to get runner up for this year's People's Choice Award. Thank you to everyone who voted for us in People's Choice and all the encouragement we receive on a daily basis from all our lovely customers and supporters. We are privileged to do what we do in such a wonderful community!

You can check out the other winners at the Top Shop Retail NZ Awards 2015 if you click here. We also appreared in a short article by Stuff mentioning the Top Shop winners in the Waikato, click the link below to see it.

The most important person in retail is the customer. Retail NZ run the Top Shop Retail Excellence Awards throughout all regions in New Zealand. Our category recognised your views and we were judged by you, the public, and we were voted as Top Shop's People's Choice Category Winner! Thank you to all our supporters out there, who like our page, come in store for their daily pick me up, and give us a reason to do what we do. Also, a big thank you to everyone who voted through the category sponsor 'The Hits' to make it happen.

Read about the lead up to the exciting award's evening before we managed to take the win with your help! Article by Jamie Small, 'Hamilton shops up for top awards'. 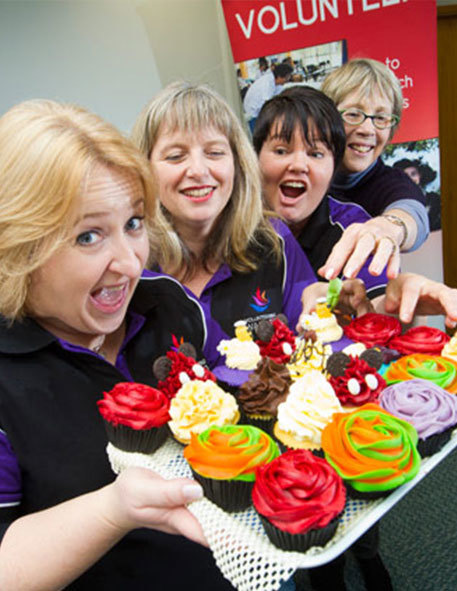 
The Girl on the Swing, a cupcake, gift and party supplies shop, announced via its Facebook page that it was going to donate leftover cupcakes to a charity, non-profit organisation or community group every day for that following week.

Every Friday the shop's staff ask people, via its Facebook page, to nominate worthy recipients and it is normally overloaded with responses...

The Girl on the Swing was featured on the online based Central News TV station. The interview took a look into the business and gives viewers an inside look at what we do. Our news item starts 15 minutes into the video.

Central News is a free-to-air dynamic community-based television station, based in the Waikato and their studio is based in Matamata. They approached us to do a story, take a look and see what you think.